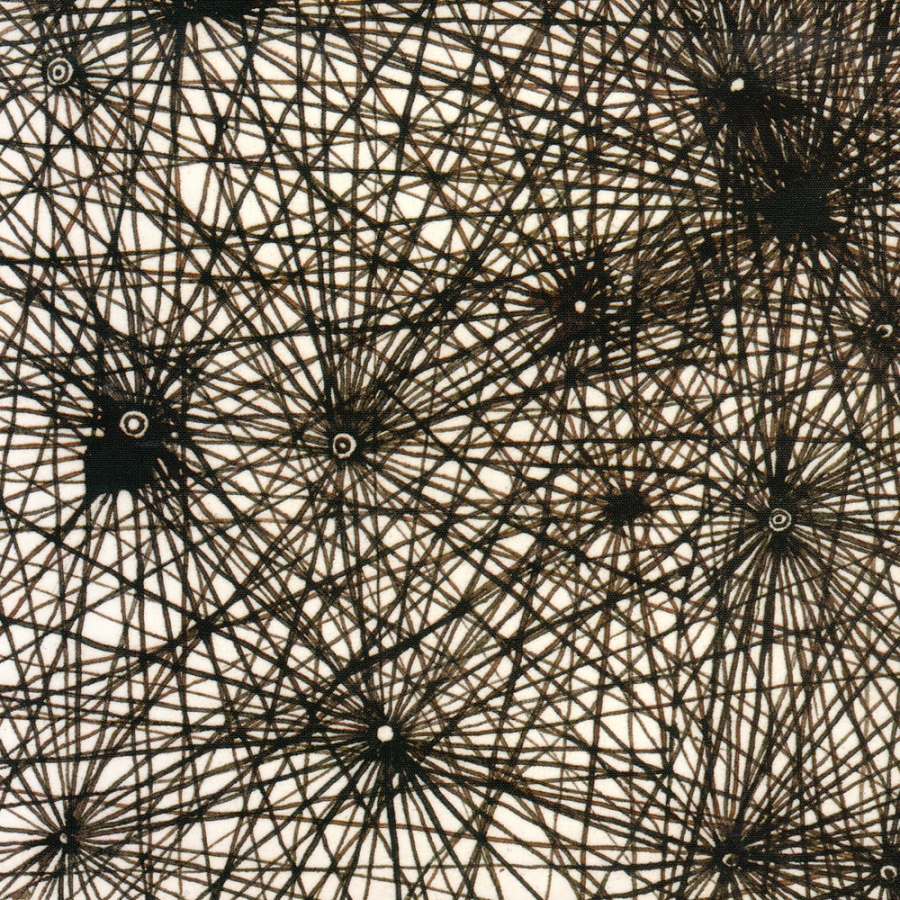 Continuous pitched sounds with an undercurrent of white noise. Air on the edges of tone, amplified through a compositional process of massing and layering, the incorporation of room tone and re-recording of environments. Sonic shadows – sound as a casting of color or dark, the slowly unfolding shade of space within a field of time, “night music”.  Sources include blown bottles, pump organ, voice, bowed autoharp, piano, recorder, sagbut, and field recordings of fireworks, crickets, caves on the Oregon coast, a rotating electric sign in the cobblestone streets of Maribor, Slovenia, boiling water.

… Seth Nehil has worked with Northam on a handful of releases and in the sound arts organization Orogenetics. Umbra, his latest set of drone studies, holds some obvious similarities to Northam’s work. For instance, both he and Northam rely on the swarming choruses of sound that occur when layering multiple versions on top of each other. They also define their work as a form of sonic topography that articulates the patterns and ghostly echoes within ambient spaces, while drawing scientifically poetic analogies to the body and the environment. However, Nehil harvests comparatively more active sound fields for their resonant tonalities. These often reflect an interest in performative actions such as rubbing textured objects against each other. Umbra is a far more urgent recording than Northam’s latest subdued production, yet both are incredibly strong works that warrant favorable comparisons to Phill Niblock and Francisco Lopez.
– Jim Haynes, The Wire, June 2003

In what seems to be a continuing series after Stria (Erewhon) and Confluence (Intransitive), his recordings with Jgrzinich, Seth Nehil has set out on his own. His new sound ventures formally into what could be structured field recordings, if there were such a thing. The listener almost hears lines being drawn with some type of mechanical/electronic pen on “Naos.” Reflective of the CD cover, which uses Nehil’s Black Walnut Drawings made in 2002, the overall image portrayed is one of connectivity, of a finite network of measurement projected from an abundance of single cells. His patterns are organic and freeform, though they pulsate and float, rise and fall. On “Mira” the vibration is fertile and exhilarating, as if it were levitation incarnate. Umbra has its mysterious crevices and eyebrow curling curiosities, so much so that if you listen with headphones there may be a tendency to look over your shoulder more than once. There is a certain presence looming in the near distance; This presence is carried out through “Situla,” the final track, though here a passage has been made, a disembodied escape hatch. Nehil incorporates the unrecognizable, phantom voice of Bethany Wright, recorders and reeds by Bobin Eirth with assistance from Michael Northam. The drama builds with the curve in the frequency and the timbre of its resulting sound. This may be a lunar hangar for castaway orbs and other space missionaries. In fact, the lightheadedness of the ride is just brief prior to a more compact venture down a running stream that renders an intense sense of calm. And just then, a swarm, a siren call, a warning is sent, as if some chamber has been breached. The complex cadence is as haunting as the echo of a bell’s hollow hazing. Overall there is a sense of oneness in this inter-gravitational space, though you are never quite alone.
– TJ Norris, igloo.com, September, 2003

Umbra is one of Seth Nehil’s strongest solo efforts and his most immersive since Tracing the Skin of Clouds. It consists of three mid-length tracks that move in and out of each other like three movements of a larger work. For the most part, they are drones of an acoustic nature, although when sounds are massed like they are here, the mind can easily hear things that are not really there. But the main components seem to be acoustic at heart: Tibetan bowls, bowed metal, rubbed resonating objects, and field recordings, both the urban and natural kind, to which Nehil has added the contributions of Bobin Eirth on recorders and reeds and Bethany Wright on voice (Michael Northam also appears, obliquely credited for “assistance”). All these elements (and there are many; each listen seems to bring out new ones) are left untreated — or so it seems — but in the denser passages, as in “Situla,” the very nature of the drone becomes ambiguous before reverting to its “obviously acoustic” state. This ambiguity is Nehil’s strongest asset, along with the fact that the music always sounds so meaningful and natural. The sudden arrival of a synthesizer tone [sic] 13 minutes into the third track threatens the architecture of the work, but the composer turns what is first perceived as an intrusion into another enigma, making shimmering harmonics (again, acoustic or not?) grow out of the tone for a gentle finale. That part and the vocal drone in “Mira” are the highlights of this very fine disc.
– François Couture, All Music Guide