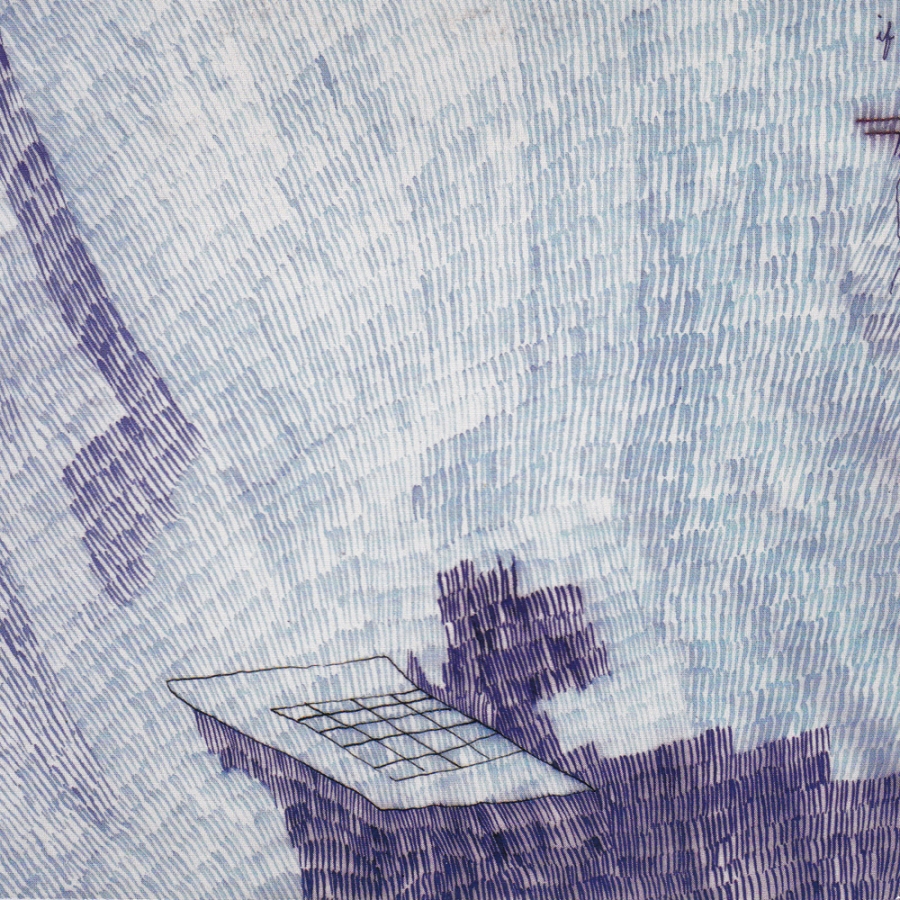 Seth Nehil is interested in forgetting everything he knows about music. “I began imagining a culture in which the idea of music had been forgotten or never learned, but in which people insisted on the value and practice of collective sound-making activity. What would their ‘music’ sound like?” To this end, and after having experienced certain sonic immersions in “real life” such as an enormous welter of activity during a Chinese New Year celebration in Manhattan, he began investigating methods of blurring the distinctions between live and pre-recorded music and sounds, folding them into one another in systems and combinations that had as little as possible to do with his hardwired ideas of what music should be. Amnemonic Site is the first release documenting this idea. Of course, translating these concepts to the sonic sphere is another thing entirely. I’m sure I could have happily listened to the five tracks here without such thoughts ever flitting through my mind even though knowing this background might cause me to listen from a different angle. The first two pieces in particular don’t overtly straddle the music/non-music territories, at least as far as contemporary sounds go; they more comfortably fit into a similar electro-acoustic landscape as did the Matt Mitchell disc I wrote about last week, an extension of the areas explored by pioneers of the electronic avant of the 60s like Raaijmakers. You do ascertain certain elements that likely worked their way in from outside the studio, but they “read” as entirely akin to the (presumably) synthesized ones—their texture is essentially the same. This makes for a fine, shallow (not in a bad sense) spatial effect, one of sounds winging their way back and forth inside a narrow, metallic envelope before ending in a small spray of static clicks. The second section is muffled, anaerobic and severely claustrophobic, as though you’re drowning in heavy, flapping flannel. It’s effective and at the same time unpleasant though the organ-y chords and bloopy electronics that surface later on in the piece I could do without.
Over the last three portions, however, the work breaks out into the open and hits stride, Nehil’s expressed ideas (at least in retrospect) peeking aboveground for a glimmer or two. There’s a relationship between the sound world he’s exploring and that investigated by his sometime collaborator Olivia Block, a like affinity for open field noises with vague (hence enticing) narrative content. The layers of texture lap after one another, the soft drone, then the backwards-sounding thwacks and shuffles, the dully resonant taps, the thwacks taking on the character of burning wood, each element subtly rising and fading in volume, in degree of grain. Gradually, that third cut splays out into a play of high, reedy drones, what sounds like a bass flute (but undoubtedly isn’t) and faraway, impossible to decipher…voices? Almost out of the range of hearing, in any case. Those two sounds, the high whine and the low “flute” reappear at the beginning of track four, wedded to a lower, more clarinet-like bellow and a purer, medium range organ chord. The whole structure wells up, shedding clatter, coalescing into unintelligible voices and evaporating into a large, public interior space. Again, a moving, bracing “novella”. Amnemonic Site’s coda combines any number of the preceding elements (was that Chinese being spoken all along?) where that admixture of inside and outside gets its clearest demonstration. Impossible for me to say if Nehil accomplished his stated goal or if, indeed, it’s a possible thing to do with recorded media. But the disc works real well as an extended “story”, building in waves toward some perceptible, if indescribable, whole.
– Brian Olewnick, Bagatellen

Sound and visual artist Seth Nehil is onto something with his “sounds”. They’re not alien but they tend to shy away from the human effect. Other than his name and the title on the CD’s spine, the album only offers “play loud” as words of wisdom on the CD itself. Nehil leaves more questions than actual answers in his audio collage. Is he “playing” actual objects? Is he exploring world of micro-sounds or is he processing found sounds? Did he source out these sounds in the middle of the desert [are these insects?] or did he mike a static-filled television set? One thing I must admit, the “play loud” advice is well worth heeding. If the volume was turned mid way, much of the details of Nehil’s exploratory work would’ve been completely lost. I admire the way the sounds like someone rummaging through abandoned garbage cans on the second track [all tracks don’t come with a name attached] or the way in which I get mental pictures of plastic tubing being lightly struck on the next track. Hollow, tunnel-like admonition takes effect and the sounds are more ominous than their actual creation [or so I imagine]. Guesswork in the creative process for this album means an added bonus for the listener – our imagination is forced to do over-time to come up with ultra-vivid images that populate an imaginary soundtrack. Top rate recording from an artist who has his best work still ahead of him.
– Tom Sekowski, GAZ-ETA Number 40, Poland, February 2006

Perhaps Seth Nehil is better known from his collaborative work than for his solo work. He worked with jgrzinich and Olivia Block, but his last solo work was from 2002. In the years between he worked mainly on different projects that couldn’t be released on CD, such as multimedia installations. The new work ‘Amnemonic Site’ is covered with obscurity. Besides his name, the title, label name and catalogue number, the cover holds no information. ‘Play Loud’ it says on the label, which always raises the question here: why? I usually like to make up my own mind if I want to play music loud or not. The whole time I was playing this CD, I couldn’t stop thinking ‘what are these sounds’? It’s of course a question that I constantly ask myself when playing new music, certainly when covers are as obscure as this one, but in Nehil’s case, it can be anything really. Are these field recordings? Perhaps. Or closely miked objects? Also likely. And what about the nature of sound processing? It seems likely there is some. How and to what extent? And do I also detect some real instruments, like wind instruments, or perhaps organs? It’s all likely. Each of the pieces is a large mix up, I imagined, of all of these. There is field recordings, closely miked objects falling to the wooden floor, but also long sustained sounds of wind instruments. It all makes up a particularly strong CD, that is very much alike the latest Olivia Block release, in which a similar treatment of ‘real’ instruments and field recordings is used, and Nehil easily reaches to a similar height in his ‘Amnemonic Site’. Full of tension, he offers a strong interplay between all of his soundsources and it’s easily the best release I heard from him to date.
– Frans de Waard, Vital Weekly 569, March 2007