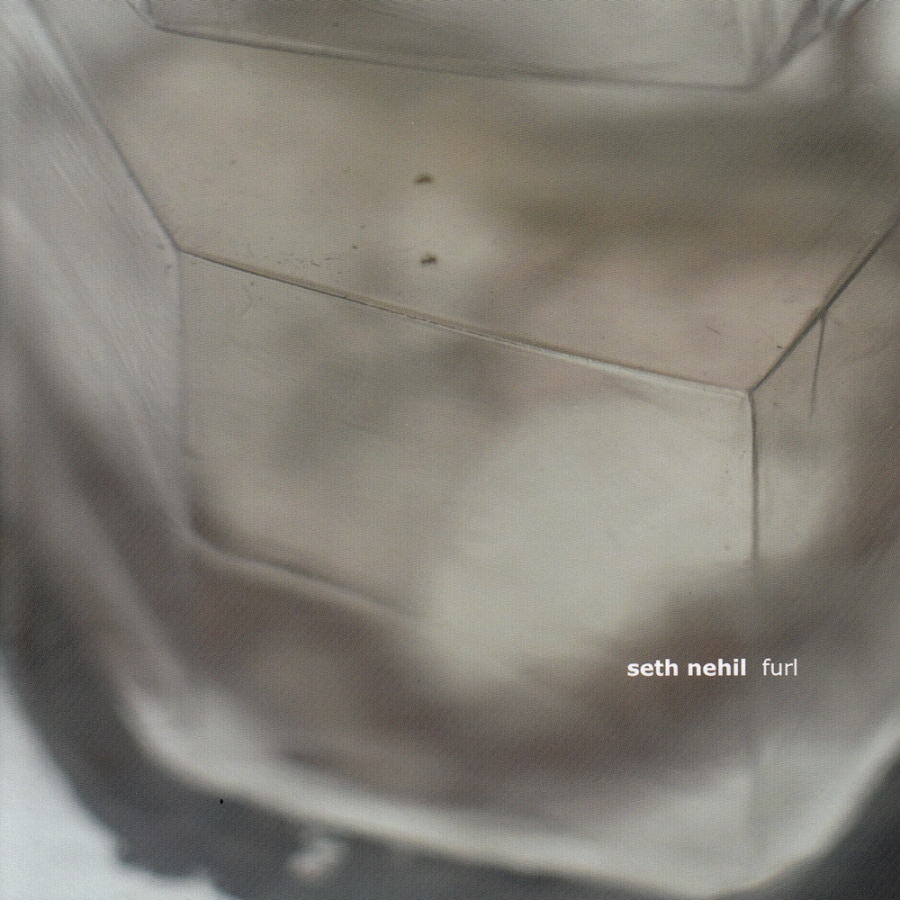 Furl sounds like a really mature piece of music to me. It feels like the work of an artist fully in control of his working tools, seeking out new ways of presenting sounds, matching unusual elements together, not worrying about many of the usual aesthetic stylisations that usually rise out of this kind of composition. Nehil really sounds like he is pushing his own envelope rather than consolidating his past experiences. There is an awkwardness to the music, a constant feeling of uncertainty- should he have included that sound? do the voices work? how does this bit link to the last bit? that makes this a thoroughly intriguing listen, as much of a puzzle to unravel at is something to sit back and relax with.

Something of a tough nut to crack then, more so than Flock and Tumble was, but this is to Furl’s credit. I have written before about how a lot of music that sits in this vague area of composition all sounds very similar. Computer sequencing of samples and pre-recorded material should in theory offer a wide range of possibilities for music, but too often so much of it ends up sounding very much the same. Through his often unusual choice of sounds, his acute, confident sense of placement, avoidance of drones and overall will to produce something personal and original Seth Nehil is, for me leading the way in this area of composition. I’m standing by my assertion that this sounds like carefully considered, well thought through music, even if it isn’t!  I await the next disc impatiently.  – Richard Pinnell, The Watchful Ear

A conceptual prolongation of his previous Flock And Tumble (also on Sonoris), Furl incarnates a somewhat more structured version of Seth Nehil’s accumulation of organic, environmental and instrumental substances. It is difficult to approach this work without thinking of it as a cycle of compositions, for the chains of events appear planned with extreme care. However, the sense of unfathomable ambiguity and doubt about the actual origins of the sounds heard are typical of this artist’s field of research. The feel of imminence and contiguity, the space left to each manifestation for being weighed up and evaluated by the listener’s imagination, and the circumscription of vagueness within the borders of a fractional solidity are all strong points of this album, which gives perspectives on the manipulation of sonic phenomena that are both innovative and familiar – especially for those already acquainted with Nehil’s output.

Five pieces are comprised in the disc, the duration not exceeding the limit of ten minutes. They make the time flow quite fast, given the numerous invitations to scrutiny during their unfolding. Nehil applies restraint and congruity as not many comparable composers are able to; he places a percussive incident right before or after the extended tones of something appearing as spectra of processed ringing metals, mixing the elements with customary attention amidst the tiny granules of a rustling vulnerability. Urban flavours were definitely used – unobtrusively, never overwhelmingly. The inexactitude of certain frail reverberations is perceived as an ideal dressing to happenings that stimulate and confound rather than affirming an explicit point of view.

According to that logic, the most absorbing chapter is “Swarm”, in which human voices (one of the record’s very few recognizable constituents) are utilized in puzzlingly anomalous fashion: short phonemes (say, “Hoo”, “Hey”, “Ha”, arranged in slightly out-of-phase mode) seem to depict a condition of precariousness, hesitation expressed by developed creatures arrived on the scene of existence with huge delay. Like the testing of an echo, in a way, or a hopeless call to check if someone responds even if the eyes aren’t seeing anything in proximity. It’s a strange, fascinating moment that beautifully complements the fleeting mirages of this acoustic microcosm. Those who loved the preceding release will not want to miss this, which keeps showing various unopened doors leading to inexplicable discoveries. –  Massimo Ricci, Touching Extremes